THE BAGGAGE WE CARRY WITH US 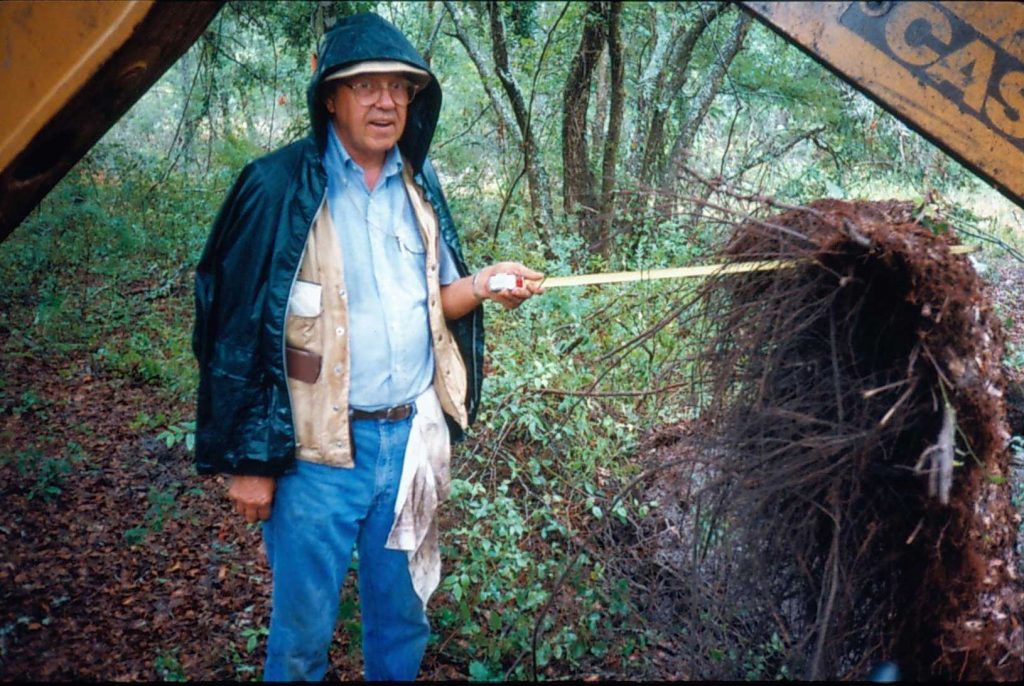 When I got ready to retire, the Fish and Wildlife Service was having a meeting in Tuscon, Arizona. John Montenaro was the head of that office out there. He said, “We’re going to Tuscon next week.” I said, “Not me.” “O yeah.” He said. I said, “No, there’s no point in me going, John, I’m retiring!” “Your going to the meeting! We want your input at the meeting.” I said, “I really don’t see any point in me going.” He said, “Well, the decision has already been made, see.” I said, “Okay.”

Got out there – got out to Tuscon – and went down to baggage claim. The guy I was riding with – they didn’t let us all ride down on the same airplane –so two of us flew on one. So, we got there and the luggage came down the belt and rolled up to Tom. When you can first see the luggage, you know, one of the suitcases was torn up. He said, “That looks like your suitcase.” I said, “Not mine, mine’s brand new.”

Well the closer it got the more I realized that it was mine and my cloths had all fallen out of this thing and were laying on the belt. My sox, my underwear, my shirts, my pants and everything that I had was out of the suitcase and on the belt, going round and round. And everybody that was there was looking at it.

I drug it over there to the Delta counter in baggage claim and some real young girl, I told her, I said, “the airline tore up my luggage.” She said, “Well, the supervisor isn’t here but if you’ll leave it, we’ll see if we can get it repaired.”

I said, “I don’t want it repaired. This is the first trip it’s ever been on, and it’s brand new and I’m looking for a new suitcase.” She said, “I don’t have any authority to do that. You’ll just have to wait and come back tomorrow.” I said, “No, I’m not coming back tomorrow. I want to talk to somebody about it.” She said, “I don’t have anything to do with this. I’ll take your name and where you are staying and I’ll give you a phone number and you can call tomorrow and you can see if you can get the suitcase repaired.”  I said, “Lady, I don’t want it repaired. It’s torn up.”

So I said, “Well, I’ll just take this cardboard box. Do you have some tape so I can tape it up?” She said, “Yes.” So I taped it up. We got ready to leave, and we got about a hundred yards from the counter, and she said, “Sir.” And I turned around and she said, “You don’t have to bring that cardboard box back.”

So we were staying at the Downtowner and we got to the Downtowner and Kris Kristoferson, Johnny Cash, Whalen Jennings, and, Jessie Colter and some other – there was four of those guys – they were all staying there and they were making  the movie “Stagecoach.” And the lobby was just full of people, all looking to see these people. So we got there – the Downtowner sent a van out to pick us up. We got back and the porter set everbody’s luggage out on the sidewalk, and he set mine out there and then the porters came out and picked-up everbody’s luggage except mine and left that cardboard box sitting there. So the guy looked at me and said, “Sir, don’t you have any luggage?” I said, “That’s my luggage right there. Where we come from, that’s the kind of luggage we have.”

I’m Blake’s sister-in-law, thank you for sharing these stories.

Hi Jo: Bob here. I hadn’t looked at these stories in a while and was reading again today and getting a good laugh. It was my great honor to know and work with Blake and always got a good laugh out of his stories.